Last night I dreamt that I was in India. I was practicing in the RIMYI but, of course –as always in dreams-, the school looked totally different from what it is in “reality”.

It was a bigger place but still very indian style. As in reality, there were plenty of people and the classes were full.

I was practicing marichyasana IV. The practice was really difficult for me, I had a lot of pain and sometimes I felt angry. After what it seemed like a lot of time, I was able to it.

My friend Cristóbal was in my dream –I meet him in India last year- and he came to me after the practice and he told me that his car had been stolen. And I told him: Your Chilean car, why you brought your car here!?

After the chatting we went to the main room to hear Guruji´s lecture of that day.

More than a lecture; it was almost like a conversation, very friendly and relaxed. We sat in first row. Guruji was full of life and younger than reality. As always very happy; the easy smile which characterizes him was always there.

Suddenly he started to talk about marichyasana IV. He was talking about how we have to do the posture in our daily practice and he said that he looked at me before, during the practice.

I don´t remember the details but, in the dream, I felt like a little girl.

It is the third time that I have a dream where Guruji appears.

It was a feeling that I know perfectly. This feeling was my natural response in many circumstances during my whole life. Is a feeling that mixed embarrassment and cuteness.

But now that feeling is changing.

In recent weeks I felt really unstable.  Everything was moving around me and I was in the middle, feeling the adrenaline of it: The roller coaster called Arctic Circle –that´s how I like to called it-. I was afraid, seeing disappear all the things that were certainties for many years. All the bases of the structure that I considered as “myself” were being bombed.  So I had to jump out of my own little tower.

It would be silly of me to think that now I´m in a stable terrain but, at least, I feel that I´m starting to feel different inside.

In the end, no matter the tower, my skin was permeable and after taking my own time –as in the yoga practice- is, inside of me, in the safest place I know, where things started to settle down. 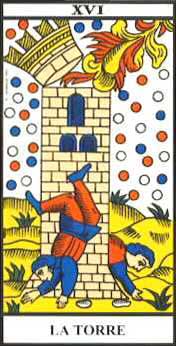